Last weekend at the Mayborn Literary Nonfiction Conference, writers from all over the country came together to share their stories with those of us fortunate enough to be able to listen in. An incredible experience, these wordsmiths shared not only their tales, but words of wisdom, too. The following is a collection[…] 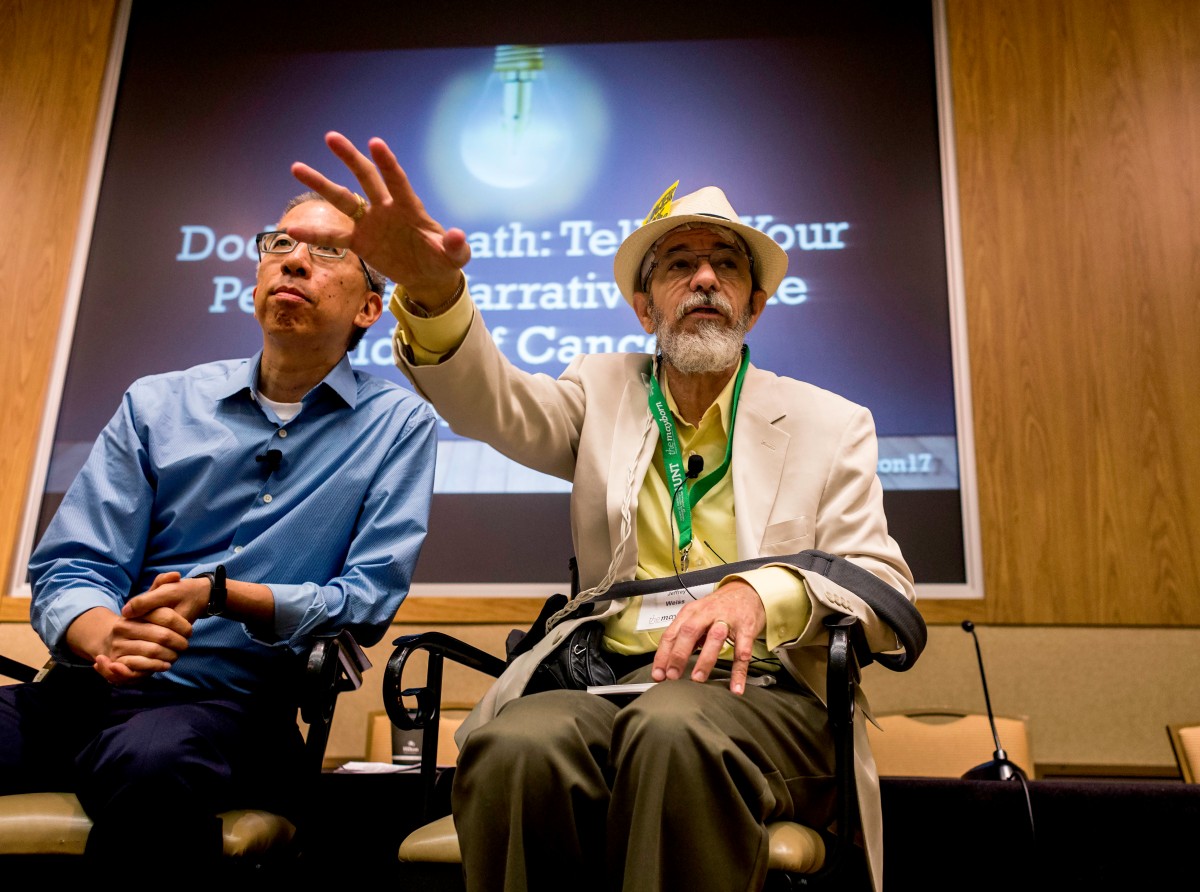 Last weekend at the Mayborn Literary Nonfiction Conference, writers from all over the country came together to share their stories with those of us fortunate enough to be able to listen in. Participating in an incredible experience, these wordsmiths shared not only their tales, but words of wisdom, too.

The following is a collection of the best quotes to come out of the conference, whether they be about how to become a better journalist or a better person.

“If everyone else is zigging, I can find a way to zag.” -Jeffrey Weiss

Journalist Jeffrey Weiss is not known for being secluded, so it’s no surprise he’s not afraid of stepping outside the general norm. A spirited, warm-hearted soul, he has no time for feeling depressed following his third cancer diagnosis, and it seems nothing will stop him from putting his story out there.

“I’d much rather have dinner with a storyteller than a writer.” -Charles Johnson

While not a direct quote from Charles Johnson himself, but rather from a student of his, this was too magnificent not to include. It is a clever way of showing the difference in personality between those who are able to recount tales and those who simply are good at writing.

Another great quote from Charles Johnson, it says how your first draft should never be your last, as it is illogical to assume the initial version of a story is the best work.

“That relationship was incredibly obvious. You could not indulge in the illusion that you were okay in the world on your own.” -Sebastian Junger

Here, Sebastian Junger talks about his time in wartime Bosnia where he had no choice in whether or not he liked his fellow companions, even though their existence helped keep him alive. This quote is a reminder of how the human race was not made to persevere on its own.

“Strong presumptions and ideological priors are just going to make me miss what’s happening in front of my face.” -Katherine Boo

Katherine Boo discusses something many people (not just journalists) fear: entering an unknown situation. Instead of focusing on the negatives, Boo suggests to ignore assumptions about how a situation will turn out and instead focus on comprehending new things to take out of the circumstance.

“But, in the end- I find this in reporting- people want to tell the truth…it’s a clarifying thing in this human experience, and they wanted to tell the story.” -Scott Farwell

Scott Farwell sums up an important part of human nature with these words. In today’s world where journalists are often under fire, this quote is more important than ever. It proposes that people would much rather write a story with veracity simply because it’s the moral thing to do. It’s not hard to see how this statement can resonate well with journalists all over the world.

“It hurt me, and I think that people that get hurt learn ways to protect their heart, and alcohol was a way to protect my heart and my ego.” -Sarah Hepola

Sarah Hepola shares with us personal insight of what she learned growing up, and how she dealt with what she discovered. Although Sarah’s panel was more humorous and lighthearted than some of the other speakers’, she was still able to sober the discussion with how alcohol both helped her and destroyed her, which is perhaps not a traditional way of dealing with growing up, but a way many others have turned to, as well.

“To have a writer in the family is to have an assassin nearby.” -Dianne Solis

A quote that wasn’t created by Dianne Solis herself, this one was first spoken by an unnamed source. The line was quoted in the segment from Alia Malek, an author and a journalist, who was speaking about the dangers of being a journalist in Syria.

“My aunt was very adamant that I not practice journalism while I was (in Syria), and there were moments when she suspected it, and she would say to me, ‘Do you know what they will do to us?”’      -Alia Malek

Alia Malek speaks on her time in Syria, and how journalists there face dangerous tasks. An emotional quote, this draws emphasis on just how much caution journalists must have in Syria, not only for their own sake, but for their families, too.

“I’m not going to pretend that I’m not confident in my ability to write. I can write pretty good, and so I think that some of the things I’ve written about in my life, that I bring a value to readers that others have not been able to bring. And so the fact that I’m better at it than many, that this is something that I’ve done way before, that, oh, by the way, it’ll make me feel better, is part of what moved me into it.” -Jeffrey Weiss

Jeffrey Weiss represents a mindset that we, as writers, should have confidence in our own writing abilities. He used faith in himself and his writing to continue his work as a journalist, even after his diagnosis with cancer.

Featured Image: “I have always believed that journalism, if done properly, is at least an incremental benefit to the world,” shares Jeffrey Weiss. Photo courtesy of Junebug Clark